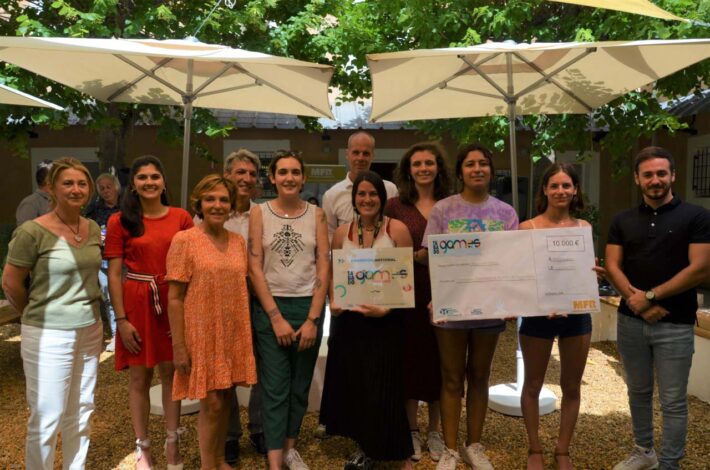 It is with great pleasure that we announce the succes of Rural Family Home of Puyloubier (MFR of Puyloubier) which won the TABADO Games 2021-2022!

The TABADO Games are a national competition that mobilises different actors and creates an emulation around the TABADO programme and the opportunity to win prizes in the sports universe!

By participating in the different stages of the programme (detailed below), students score points for their school. At the end of the TABADO Games, a ranking is established: a winning school per region and a national winner are designated. This year, the MFR of Puyloubier, from PACA, is the national champion!

TABADO is a programme helping to prevent and reduce tobacco use among young people by proposing personalised support directly at their school. It involves, in each partner establishment, prevention facilitators and health professionals. Trained in tobacco addiction, they are authorised to prescribe nicotine replacement therapies to the young people registered.

The aim of TABADO is to identify and prevent smoking rather than treat it, and it introduces a shift from an individual issue to collective support. Marked by its desire to mobilise all actors of the project by using the codes of the sporting world, the project is built around three key stages:

TABADO has been proven to double the number of smokers quitting. Early intervention on addiction is effective in reducing health risks. Its ambition is to protect young people as a priority and to fight against social inequalities.

We use cookies to ensure that we give you the best experience on our website. If you continue to use this site we will assume that you are happy with it.Ok